Who could have thought twenty years ago that in Russia, watches would be made that could compete with the finest examples from Switzerland, Germany and Japan? The work of Konstantin Chaykin, Russian inventor and master of haute horlogerie, has become widely regarded and respected globally.

In 2010 Konstantin Chaykin became the first – and to date only – Russian member of the AHCI (Académie Horlogère des Créateurs Indépendants, or Academy of Independent Watchmakers), holding the post of president from 2016 to 2019. On November 9th 2018 Konstantin Chaykin and his “Clown” watch were awarded the “Audacity” prize at the Geneva Grand Prix of Horlogerie 2018 (GPHG, Grand Prix d’Horlogerie de Genève), the most highly regarded and prestigious watch competition in the world. Konstantin Chaykin was the first Russian watchmaker in history to take home such an award. 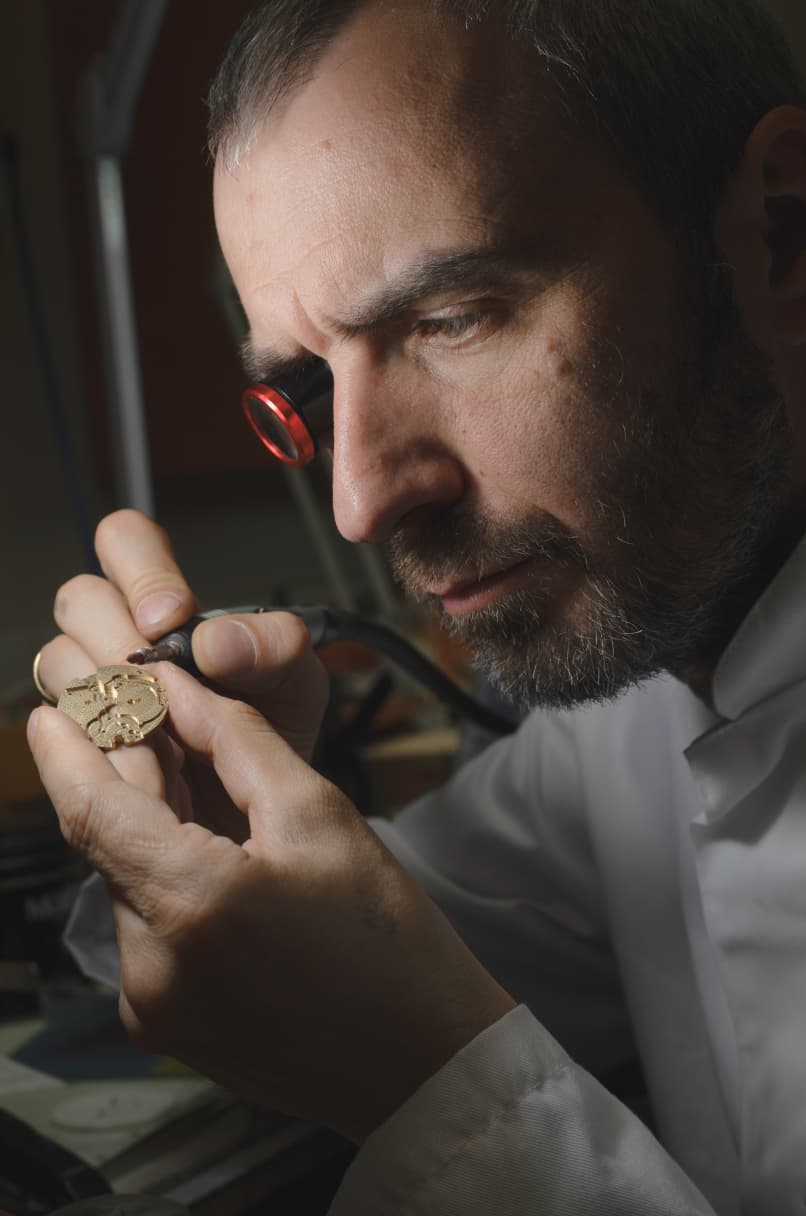 "As the function of a watch as a device for telling the time passes to smartphones and smartwatches, it is emotions that mechanical watches can, and indeed must, give".

The watches of Konstantin Chaykin, a unique representative of the independent watchmakers’ movement, truly stand out from the mass productions of big multinational corporations. They are the embodiment of the desires and skills to create the bravest and most unusual ideas – be they philosophical, design or technical. Konstantin Chaykin doesn’t produce watches which are standardised for the mainstream. His entire collection is based exclusively on his own inventions, including the “Moscow Computus”, invented by Chaykin to calculate the Orthodox Easter dates and the most complex mechanical clock ever made in the history of Russian clockmaking; the “Lunokhod” watch, with a unique spherical moon-phase indicator – the largest of its type ever placed in a wristwatch; the “Cinema” watch, with a built-in miniature projector, able to reproduce moving photographic images, of a design never seen before in a wristwatch; the “Levitas” watch, with its own revised and optimised version of the “mysterious” time display on a transparent dial; the “Russia Time” watch, with a display showing all 11 time zones of Russia; the “Mars Conqueror”, the world’s first complex mechanical watch to show Martian time, as well as other astronomical and cosmic indicators; a table clock and wristwatch with calendar displays created according to Muslim and Jewish traditions, and more…